Wen-Miao Yeh’s designs are inspired by the unusual combination of British architecture and the outer space, while taking on the color and thematic influence of eastern Asia. Yeh’s OTHERWORLDLY collection echoes outer space and mimics the constructs of the cosmos using three-dimensional shapes. While living in the United Kingdom she was fascinated with structures like the London Eye and Millennium Dome. Such living architecture inspired her to create a collection that brings the celestial to Earth.

The folded style of traditional Asian origami influences the shapes of Yeh’s carefully-structured jewelry. She uses the repeated, calculated folding of acrylics and other materials to create her works of wearable origami. Yeh’s British influences are seen in her creative use of the entire color spectrum and lacy texture imprints on her work. This out-of-this-world artist’s work has been recognized and displayed in many countries such as Japan, Germany, Australia, and America. 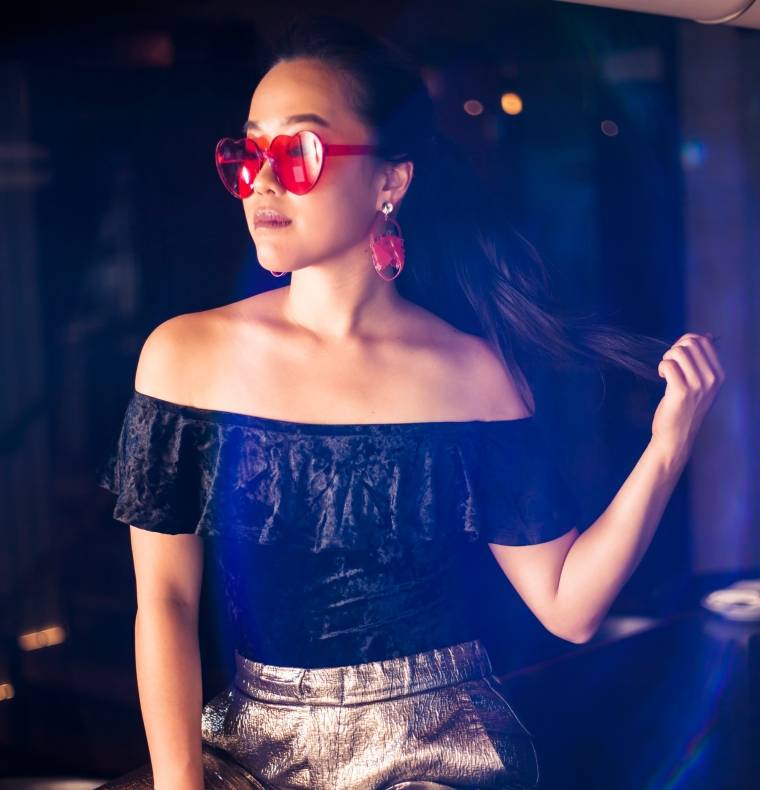 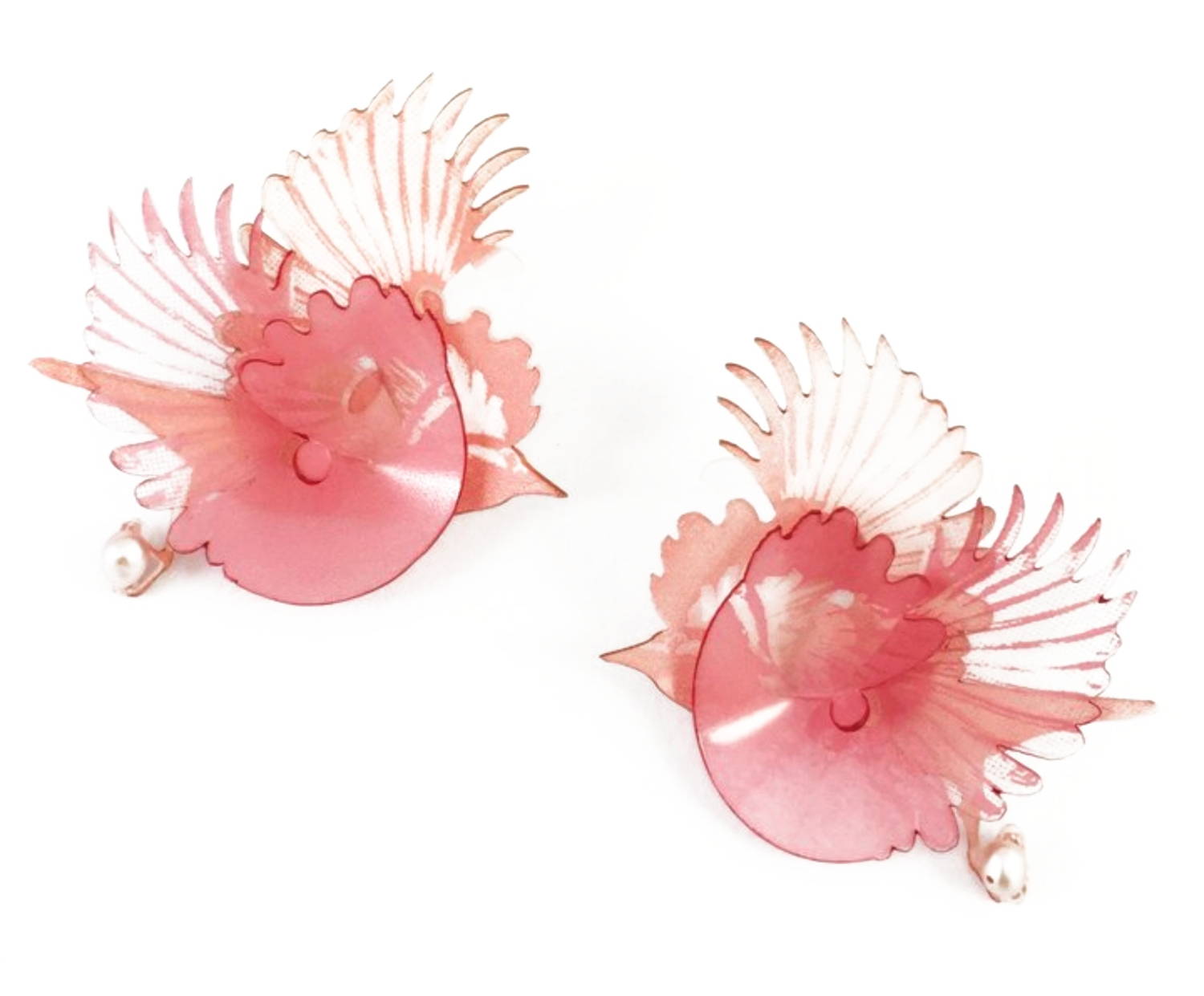 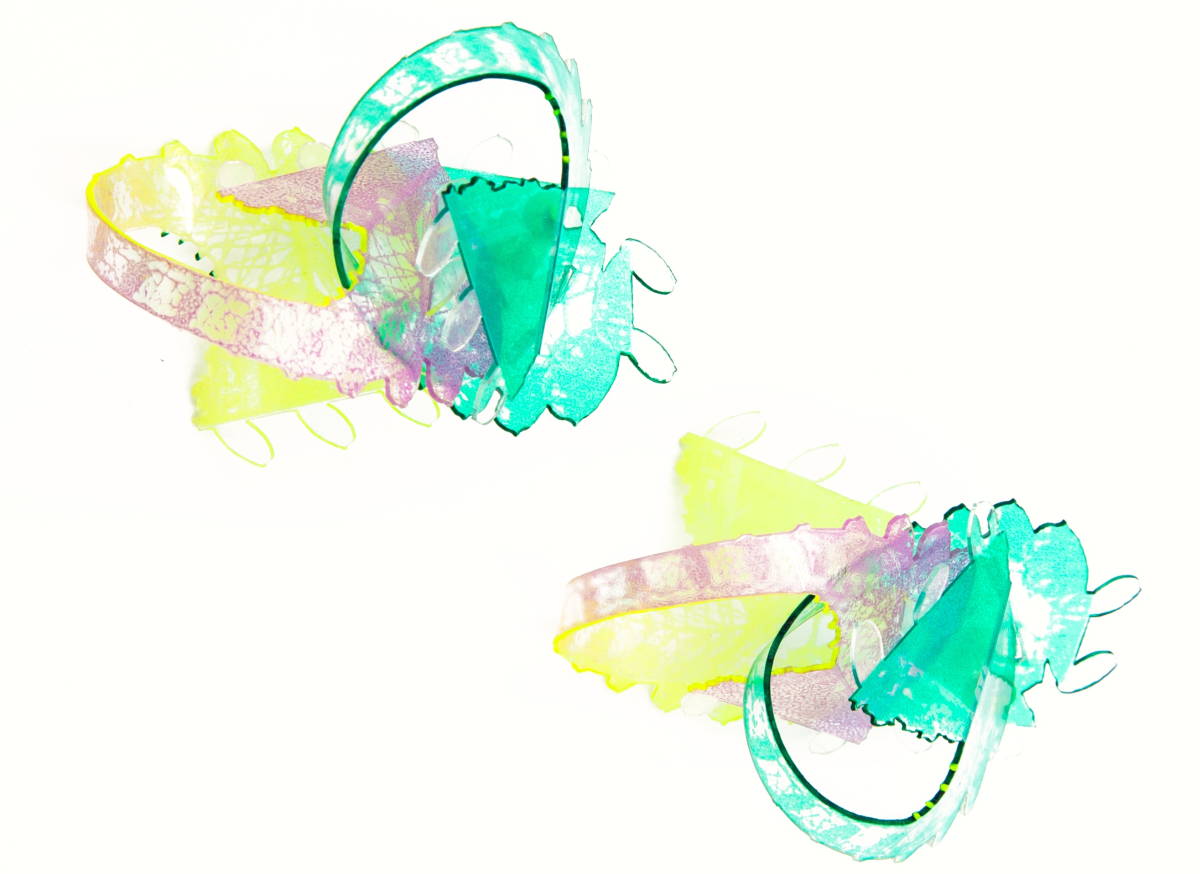